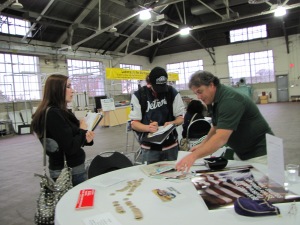 Each candidate gave a five minute speech in the conference rooms before joining guests at round tables in the lobby to discuss their beliefs and stands on issues. 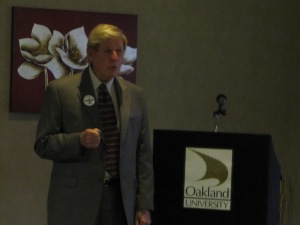 Preston Brooks, a retired Navy captain and OU Computer Science and Engineering Professor, is running as an Independent candidate for Congress. He spoke and interacted with voters at the open house, stressing the importance of giving the power back to the people and getting it  away from money.

“The two-party system in Congress is broken — it’s in gridlock,” Brooks said. “A good (political) idea doesn’t have any labels. The people need to have the power.”

Tom McMillin is running for re-election as Republican State Representative. If re-elected, he said he will try to turn the state around, bringing more jobs to Michigan while keeping transparency in government.

McMillin was first in state legislature to put his office budget, staff names and salaries as well as his benefit package online for citizens to see.

If re-elected, he plans to continue this focus, as well as building employment.

Running as democrat for county sheriff, Jane Felice Boudreau wants to make a 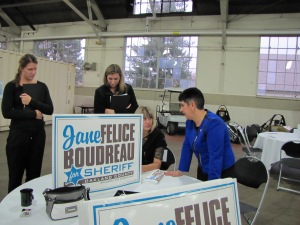 difference. Working in the police department for 18 years, she says her focus will solely be in her work as sheriff.

“I’ve always loved police work,” Boudreau said. “It’s about being committed to give 150 percent to the position and leaving politics behind.”

Running for Congress, Dan Goebel, Libertarian candidate for the 8th Congressional District, wants to see changes made. Goebel wants to reduce interference in foreign affairs that are not direct threats to the nation’s safety, as well as support the Free Currency Act.

With fifteen candidates covering the multiple districts, Meet the Candidates 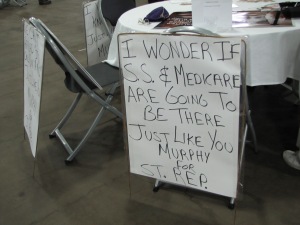 brought OU faculty, students, staff and alumni to the OU-INCubator for discussion of voters’ concerns.