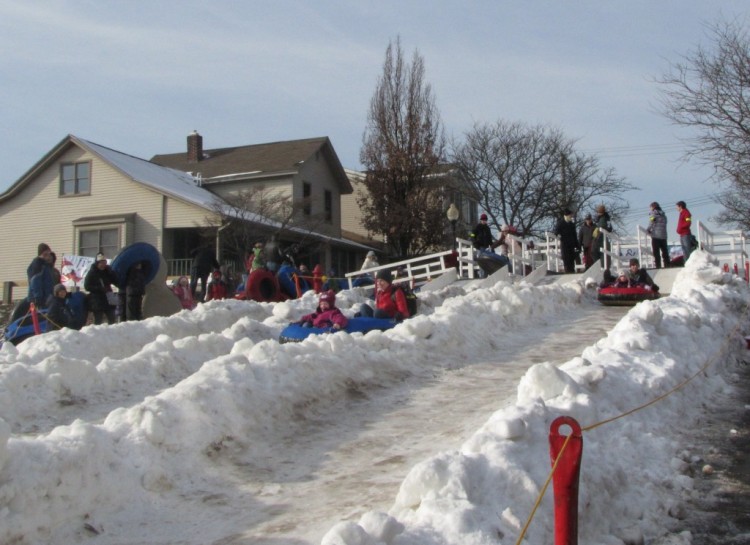 The turnout was the most in the festival’s six years, according to Stephanie Hellebuyck, Rochester Downtown Development Association events coordinator.

“Fire and Ice is a great family event,” Hellebuyck said. “Oakland County came together with Rochester to embrace winter, and I think we did that.”

The festival is a collaboration of the Rochester DDA committee and Oakland County. Businesses sponsored ice sculptures, which were provided by Finesse Catering Team. Click here for a slide show of the ice sculptures (by Mark McMillan).

In addition to live music, local venders brought culinary creations to the TasteFest and Beer Tent.

New to downtown, Holy Cannoli’s brought its 75 flavors of the dessert to the festival. The bakery sells specialty, handmade, family-recipe cannolis.

Other entertainment in the tent included face painting.

“I think it’s a great event for families to get out and participate in physical activity in the winter,” Laurie Stasiak, parks and recreations supervisor, said. “It’s a good time here; everyone is happy.”

The Rochester Lions Club hosted its annual warming tent and s’mores bonfire, providing a break from the cold. The group has worked with the festival since its beginning, said David McKenzie, Lions Club Fire and Ice Event coordinator.

All proceeds raised by the organization go to charities, specifically Leader Dogs for the Blind, said Dennis Scott, Lions Club member, adding that through events, members have raised and contributed $60,000.

“I think (the festival) is great,” McKenzie said. “The DDA is doing a great job with it, and it’s fun to meet people. Rochester is really evolving.” 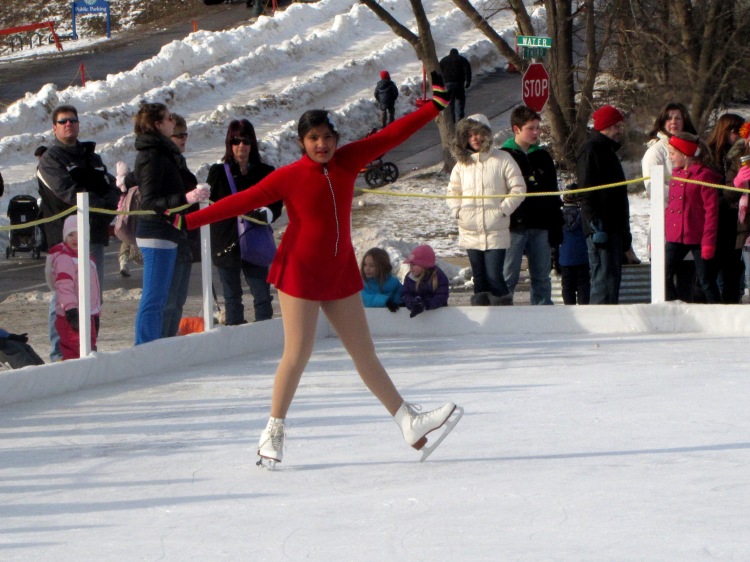 Outdoor fitness, tubing and exercise were incorporated into the festival’s events. Sunday, skaters from the Onyx and Suburban Ice showcased their skills at an ice skating expo.

Stephen Jacob of Macomb brought his daughter Rachel to the expo to skate. Rachel does competitions, but this was her first experience skating at the festival.

“It’s kind of cool because kids can get involved in the festival,” Stephen Jacob said. “Skating gives kids something constructive to do. I like Rachel competing because it prepares her to be a leader.”

“We came to the event because we wanted to go tubing,” she said. “It was our first time here. It’s an event that appeals to all ages. The tubing was very fun and the fire pit and s’mores were adorable.”

“This is by far one of the best festivals we’ve been to,” Gina Dewey said. “The staff is friendly and helpful. Everything is run great and we can sense the sense of family in this community; the parents really care about their kids.”

“We have a strong belief in promoting health,” said Matt Bierlein, seasonal parks and recreation coordinator. “It gives young kids an opportunity to get a feel for winter sports.”