It starts out with a couple of cats or a few dogs. People start taking them in, wanting to help each one and believe they are making an impact.

But what starts as help leads to issues for both the animal and human.

Animal hoarding is a growing problem.   The American Society for the Prevention of Cruelty to Animals defines it as “a complex animal cruelty issue, mental health issue and public safety issue.”

At least 250,000 animals are victims of hoarding each year, according to theAnxiety and Depression Society of America.

Television shows such as Confessions: Animals Hoarding and social media have 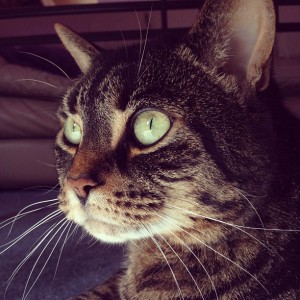 brought light to the issue.

“There’s not an official diagnosis (for animal hoarding),” author Celeste Killeen said. “With no course of treatment, psychologists are left to deal with what they can, and usually diagnose hoarding as an addiction or OCD.”

In 2003, Killeen co-wrote “Inside Animal Hoarding,” which looked into the case of a woman with 552 dogs.

About 200 of them lived outside and 300 were in the home. The husband was ill, and stayed in a chair. Housing conditions were poor, with feces covering the floor and animals starving.

“It was absolutely horrible,” Killeen said. “There was constant neglect. The animals were not fed, many were dying. They were not socialized at all so they could not be given to other homes. It was a really unhealthy way to live and a horrible existence for the animals.”

The woman had a breeder profile, and displayed addictive behaviors, Killeen said. The hoarder felt the animals needed her, and used them to feed her ego.

The treatments can be helpful for some, but usually when the animals are taken away, the people become anxious and hoard even more, according to Killeen.

Animal hoarding is similar to the act of collecting, which provides a sense of comfort that begins during childhood, psychologist Jim Windell said. Kids look at things such as dolls or trading cards as security and view them as comfort objects.

What starts as collecting can get out of hand and become a problem, however, leading to hoarding. And when the collection consists of living things, the result is cruel. Pets often become a substitute for human relationships. The “collectors” see animals as dependant on them.

Up to 250,000 animals are victims of animal hoarding each year, according to Animal Legal Defense Fund. This has doubled during the past four years.

Cases of animal hoarding have occurred in Oakland County. Recently, a home with 20 cats was cleaned out, according Joanie Toole, administrative supervisor at Oakland County Animal Control.

Another recent incident occurred in Livonia, when the Michigan Human Society and Animal Control removed more than 50 cats from the home, according to WDIV Detroit.

Though there is no limit on the number of animals a person can have, animal control evaluates the situation and looks for issues including illnesses, diseases and inbreeding.

The animals’ living conditions are taken into account to determine whether the home is a clean and healthy place to live, Toole said. Problem homes have feces all over the floor, unkempt animals and an environment unfit for human life.

The numbers and treatment

Seventy percent of hoarders are single, widowed or divorced females; 40 percent of people who hoard objects also hoard animals, according the ADAA.

When hoarding occurs, the first step is removal of the animals from the home. Depending on the severity of the situation, animals are often left are unsocialized and unfit for adoption. This leaves them facing euthanizing from animal control.

In the case of the 552 dogs, the court banned the woman from having animals, according to Kileen. Despite having her pets taken away, the woman was determined to take in more animals and stole a pregnant cat from someone else.

“I think it’s a way of satisfying a need that’s missing in their life,” Windell said. “(Mass amounts of animals provide) a certain amount of comfort.”